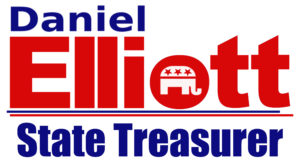 As Republican County Chairman, Daniel Elliott has supported and assisted Republicans like President Donald Trump and Vice-President Mike Pence, as well as Senators and congressmen. This gives Daniel unique relationships on the federal and state level.

Daniel has also worked closely with local elected officials from a variety of Indiana municipalities. Daniel has helped make sure that Republicans are represented well on all levels of government.

Whether riding horses with his family in parades for the GOP, passing out signs at festivals for President Trump and other candidates, or assisting local candidates going door to door, Daniel Elliott is focused on helping get strong republican candidates elected. As Chairman of the Morgan County Republican Party, Daniel Elliott has been a steadfast supporter of conservative Republicans.